English International Manşet
0
A+
A-

Turkish forces are participating in AMAN-2019, a multinational naval exercise that is being hosted by Pakistan from Feb. 8 to 12 in the Arabian Sea and the Indian Ocean.

THE EXERCISE WILL IMPROVE NAVAL COORDINATION

AMAN is an Urdu word meaning “peace”, while the drills are being conducted under the slogan, “Together for peace”. Organized by the Pakistani navy, the biennial maritime exercise kicked off in Karachi on Friday with the participation of forces from Turkey, the US, Britain, China, Australia, Indonesia, Sri Lanka, Malaysia and Oman. In this year’s drill, Turkey is represented by the TCG Gokceada, a naval frigate. 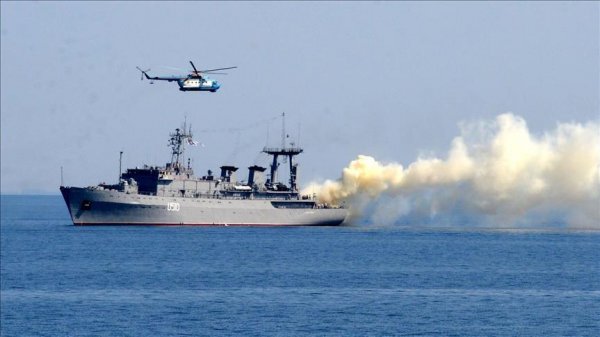 The exercise is intended to improve naval coordination between participant states and promote maritime peace and stability. The exercises will see a host of training activities in various fields, including search-and-rescue and anti-piracy operations. The first AMAN drill was conducted in 2007. Since then, it has been held regularly every two years.

The TCG Gokceada will also provide support to the Combined Task Force (CTF-151) in the Red Sea, the Gulf of Aden, Gulf of Oman, North Arabian Sea, Persian Gulf and the Indian Ocean.

The CTF-151 is a multinational naval task force established in 2009 to fight piracy in the region.